From Paris to the Briare Canal


We had dropped Sue and Alan at Austerlitz around 11.30 on Friday, May 23rd and made our way back up the river Seine. We were heading for Saint-Mammes and the canal du Loing. The Seine upstream of Paris travels through  heavily wooded  country and for many kilometres is lined with some beautiful homes. 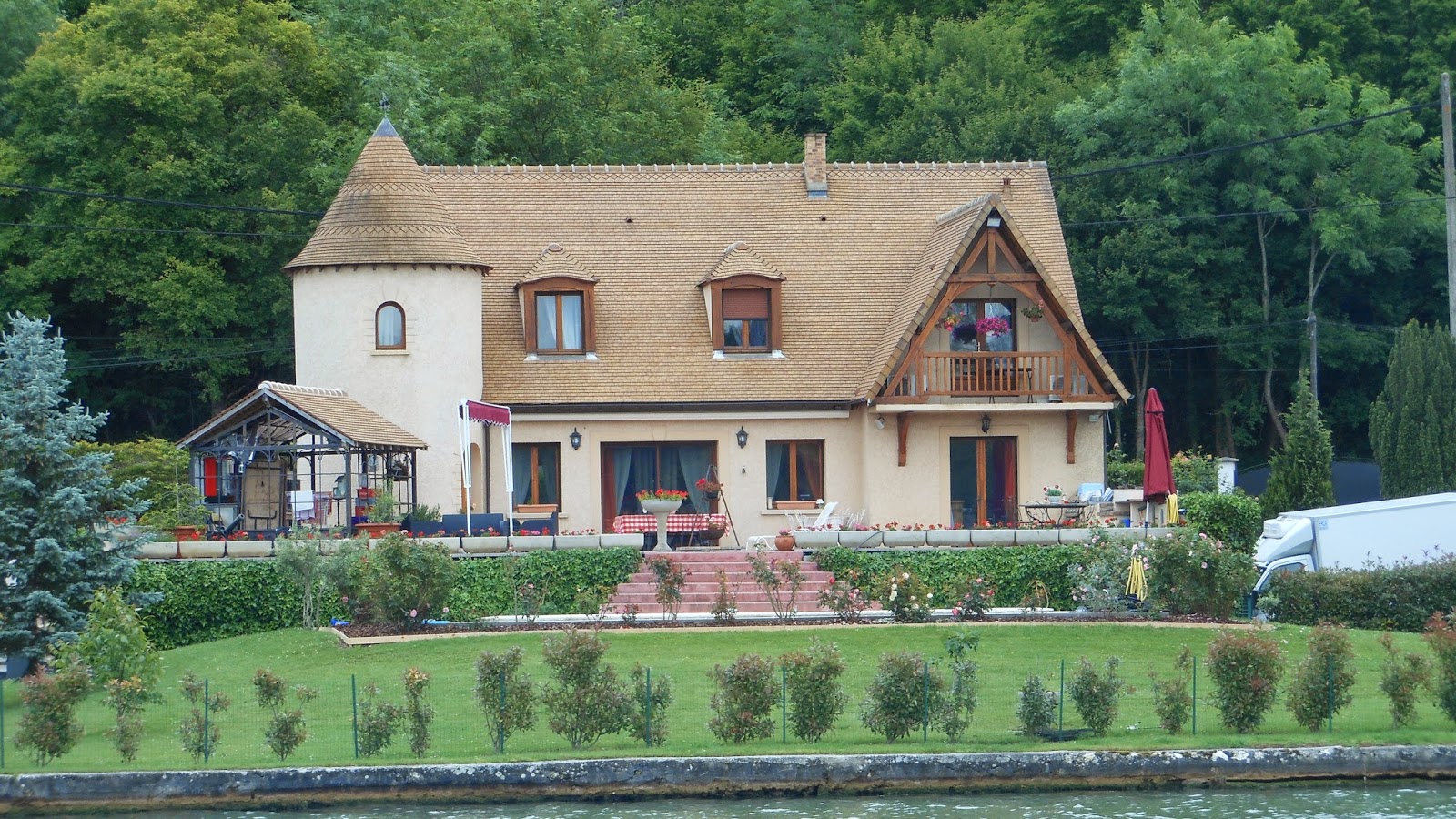 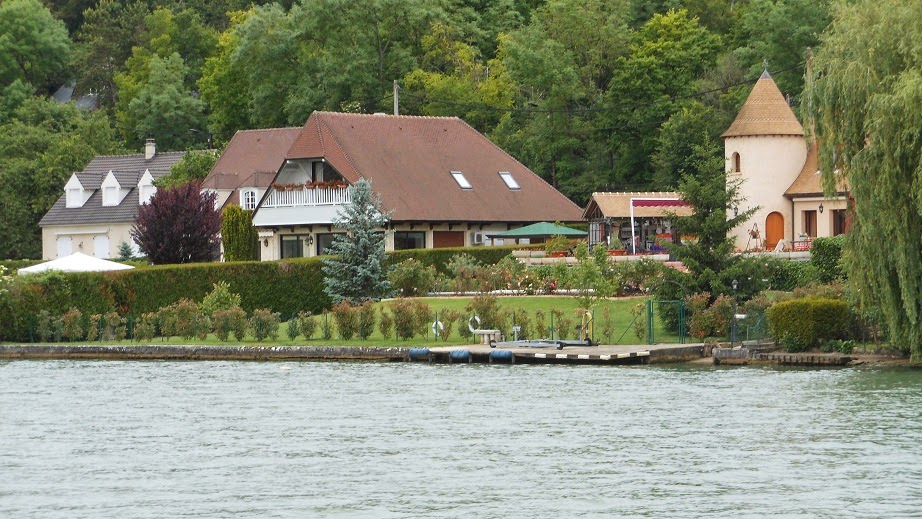 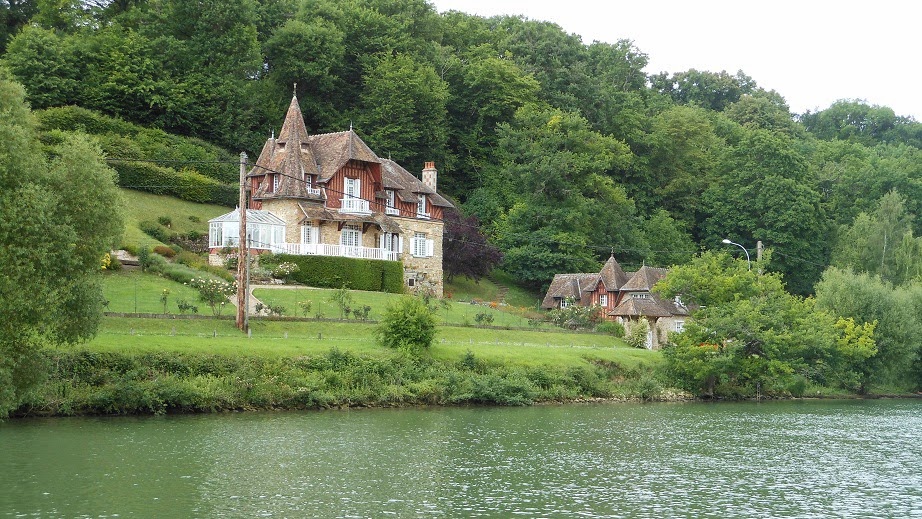 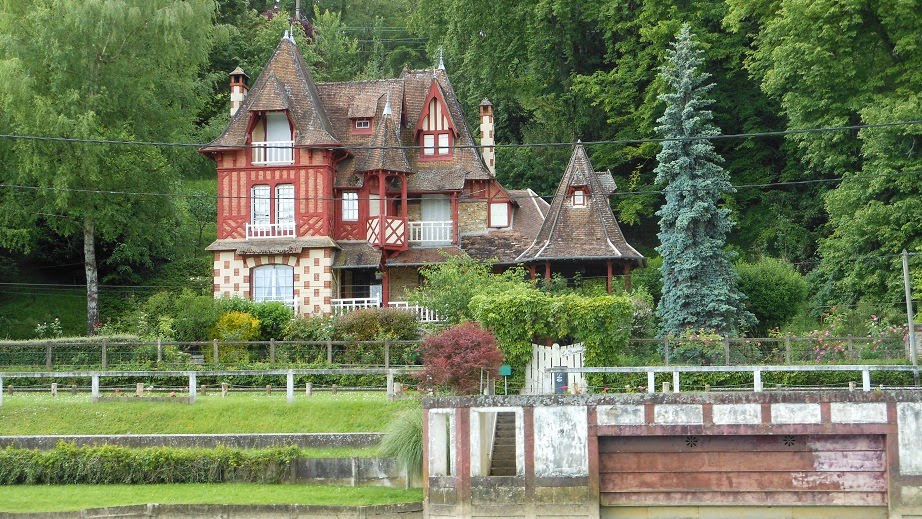 Probably the homes of the Paris rich and famous.

We were once more in big boat country  and the ecluses were again very large. 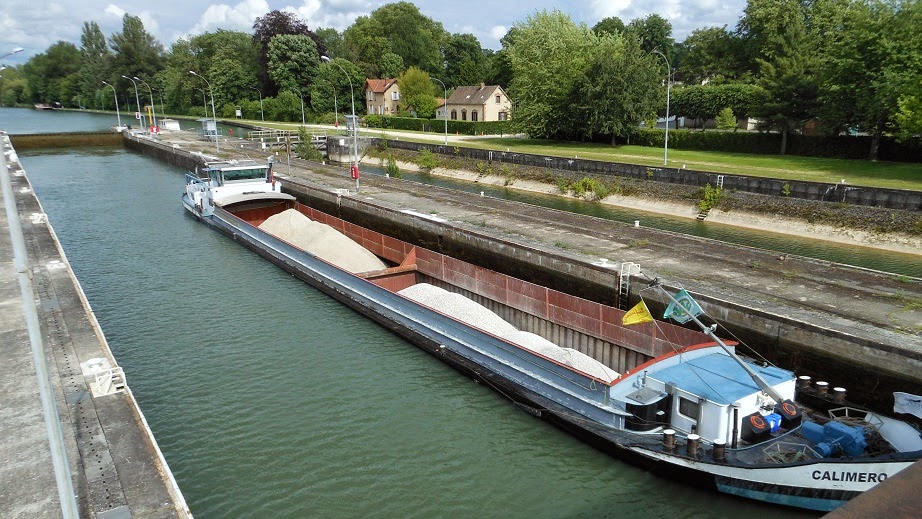 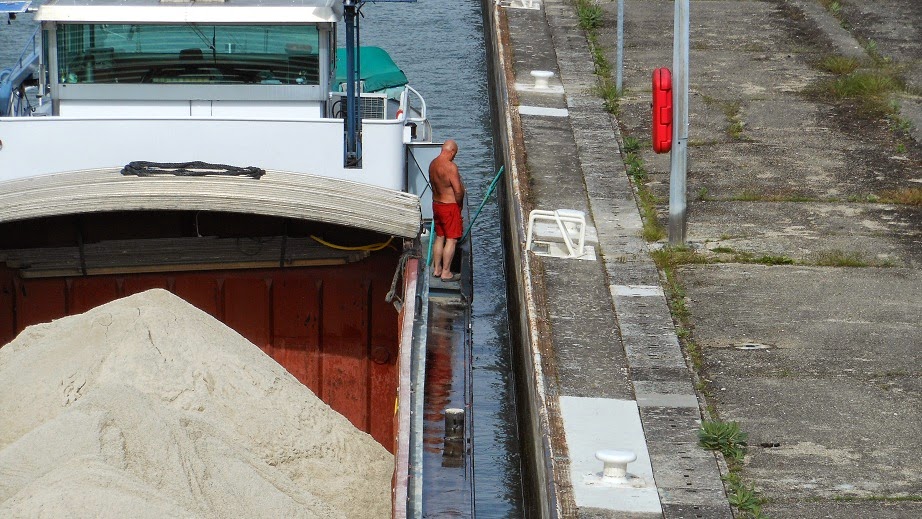 Not even the bargees have private lives. 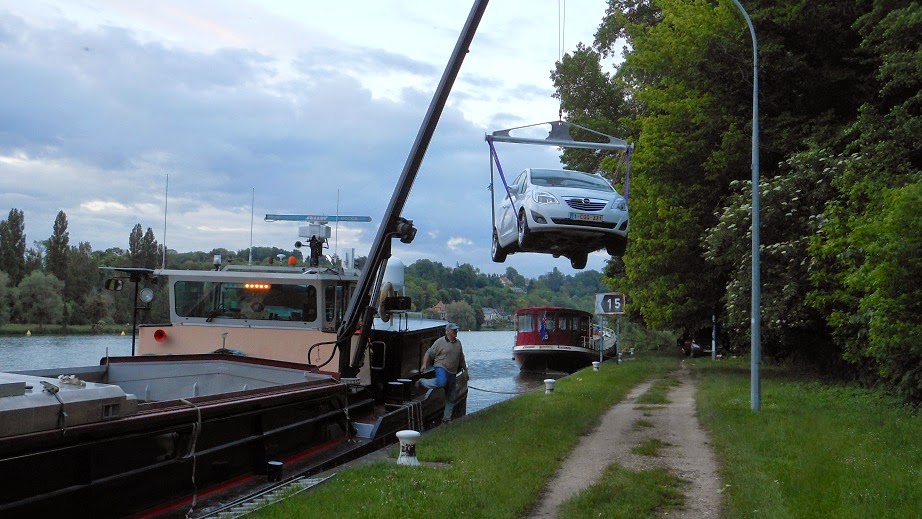 They do sometimes moor at the same places as us. They off-load their cars and do their shopping etc. At times we envy their freedom.

We continued upstream on the Seine to the confluence of the river Loing. Here three townships, St-Mammes, Moret-sur Loing and Champagne-sur-Seine surround the junction and form a large community supporting the river traffic. We entered the Canal du Loing and will follow this route to the river Saone. 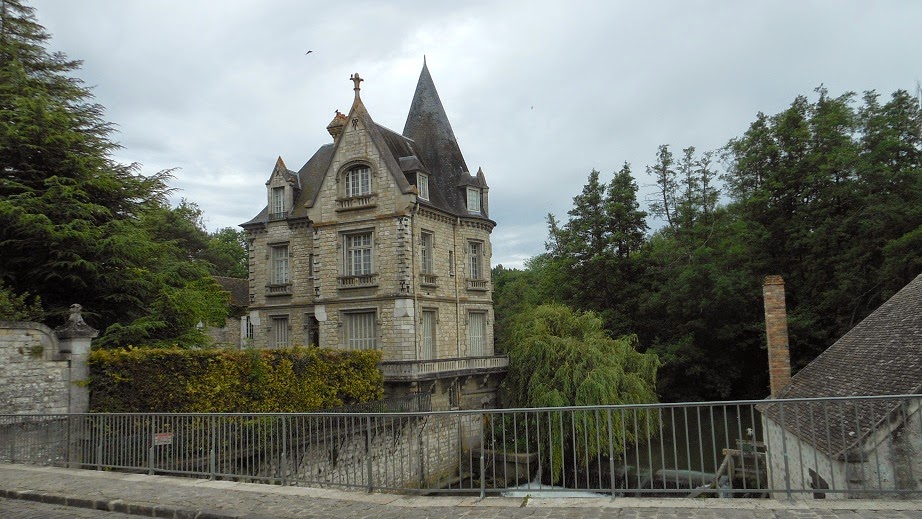 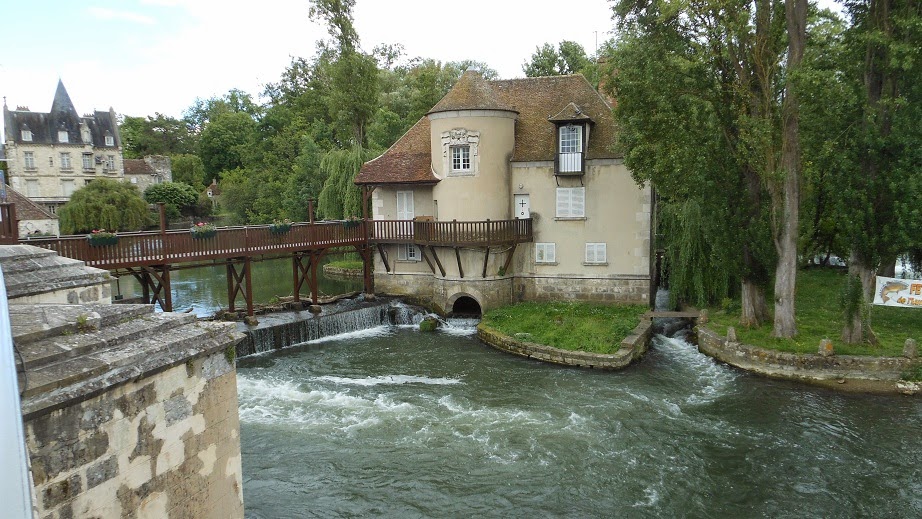 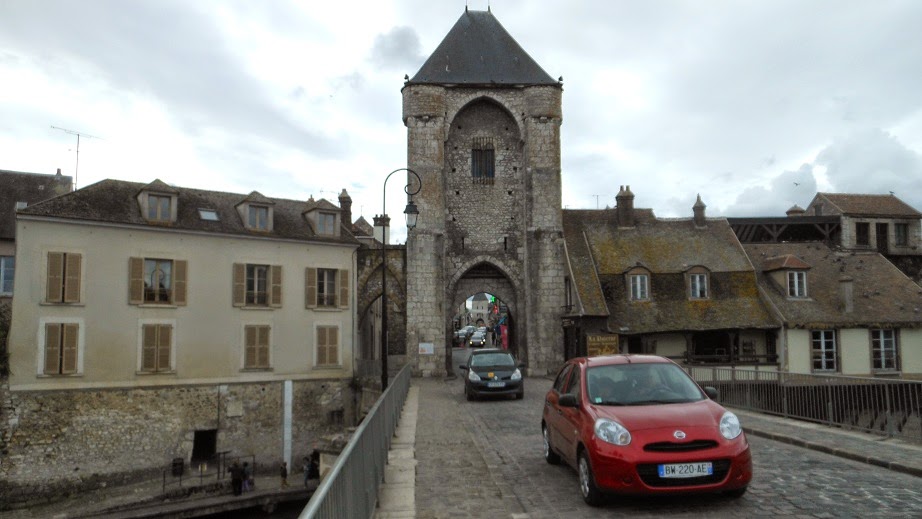 The township of Moret shows just how important the rivers were in early history. Running water powered all sorts of industries. This mill, on an island in the middle of the river had water wheels on both sides and underneath. The tower and gate are part of an ancient town wall protecting the town to the east. 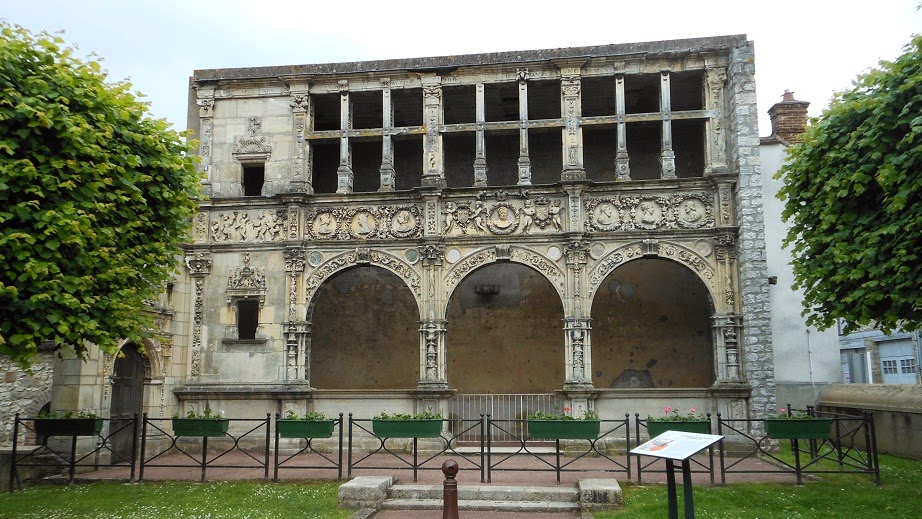 Moret was also a Roman stronghold. The fortified walls were first built by them around 2000 years ago. This building façade is about 1800 years old 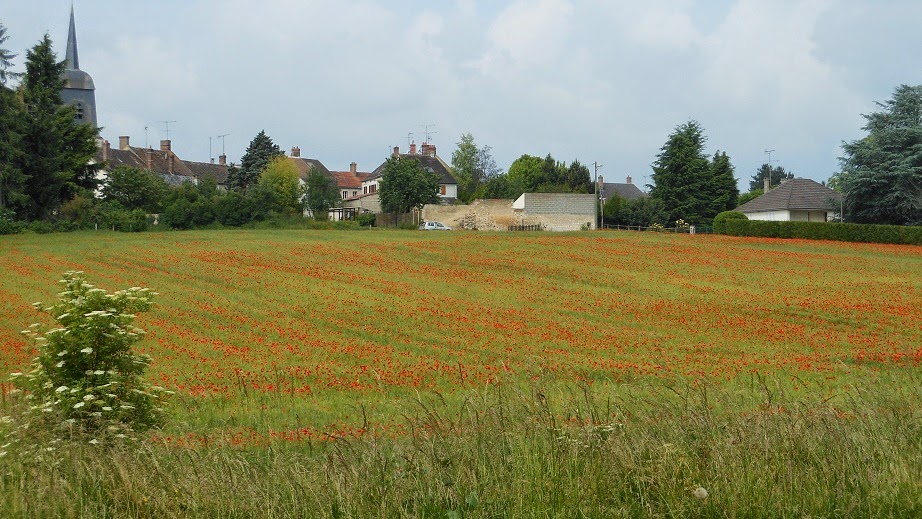 We all know the significance of the Flanders red poppies. They are a European wild flower and will spring up anywhere there is disturbed ground. This field  has been ploughed but left fallow and up they come. It is not hard to see them as “fields of blood”. 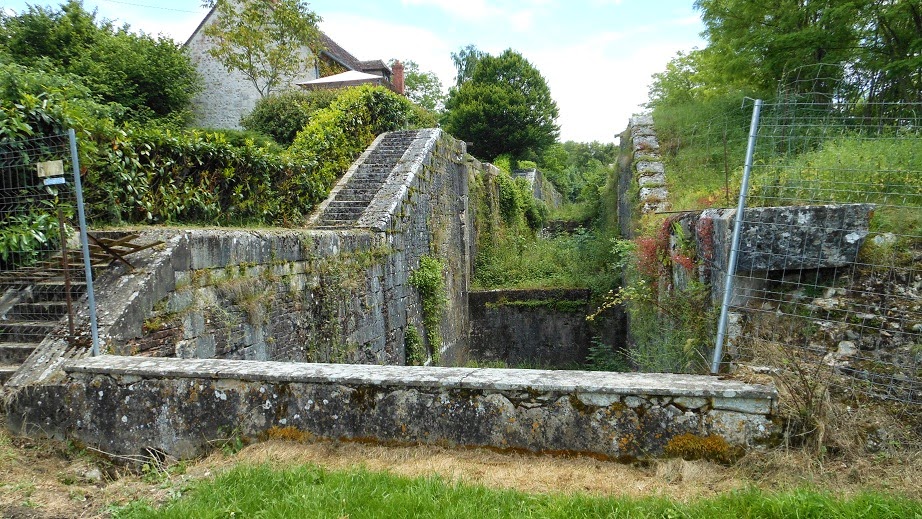 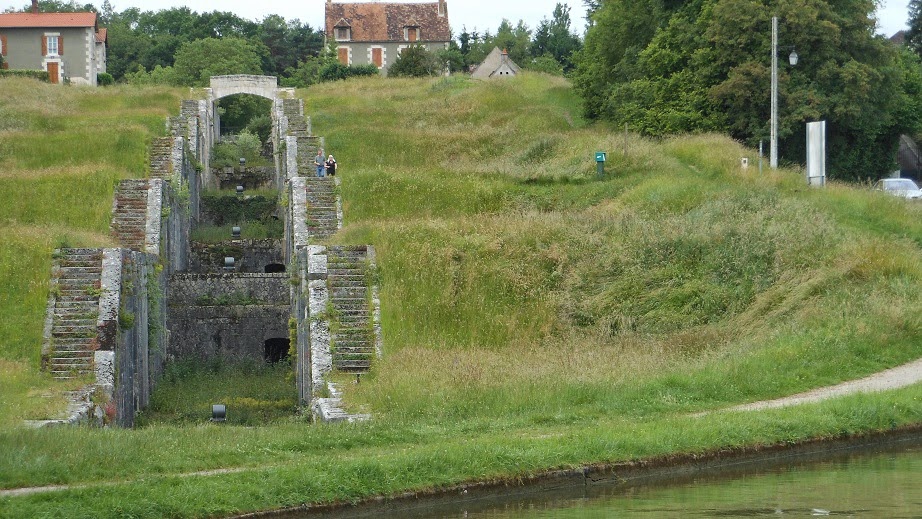 Construction of the canal alongside the Loire was first started in 1719 by the Duke of Orleans. Continually improved and upgraded, it was bought up to the Freycinet standard late in the 19th century and these staircases` of five and seven ecluses were abandoned. They were replaced with full size ones.

For those who don’t know Charles Freycinet, was an engineer who entered the French political scene and became Prime Minister for quite a period in the Third Republic. He brought in an act that standardised the size and capacity of the French canal system to the equivalent of the Dutch Spitz vessels. He was a nephew of the explorer Louis de Freycinet after which the Tasmanian national park was named.

The Freycinet standard defines the minimum size of an ecluse as 39 metres long, 5.2 metres wide and a minimum of 2.2 metres deep. The maximum size of a peniche is 38.5 metres long 5.05 metres wide and a maximum draught of 1.8 metres. Bridges and other structures over the canal must give a minimum of 3.7 metres clearance above maximum water level. Matilda’s dimensions are 24.7 metres long, 4.7 metres wide at her widest, 1.1 metres draught and 3.4 metres headroom.  Modern peniches use every bit of the standard and will carry up to 350 tonnes of cargo. (350 cubic metres displacement). Those who have seen them know that they just fit the ecluses. 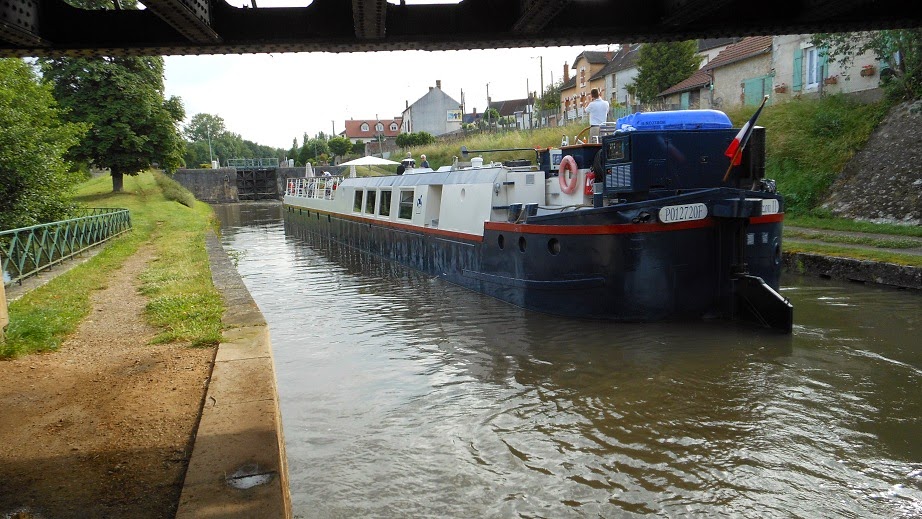 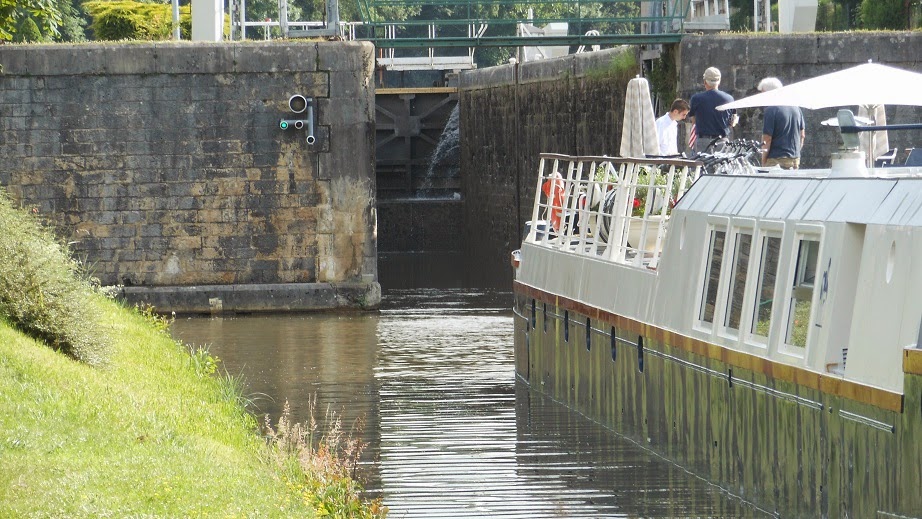 This hotel barge is a converted freighter. It sits relatively high out if the water and the pilot has to duck going under bridges. 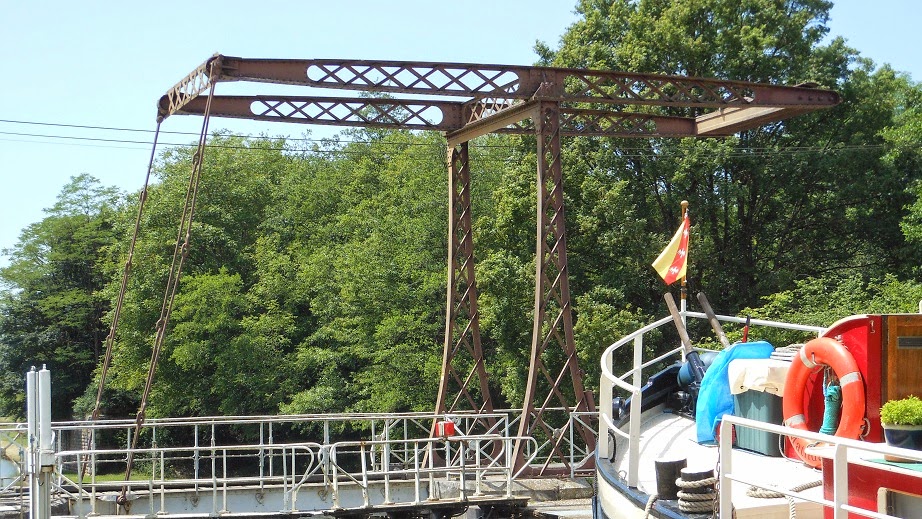 Bridges like this are beautifully counterbalanced and only need to pull a chain hanging from them to open or close them. 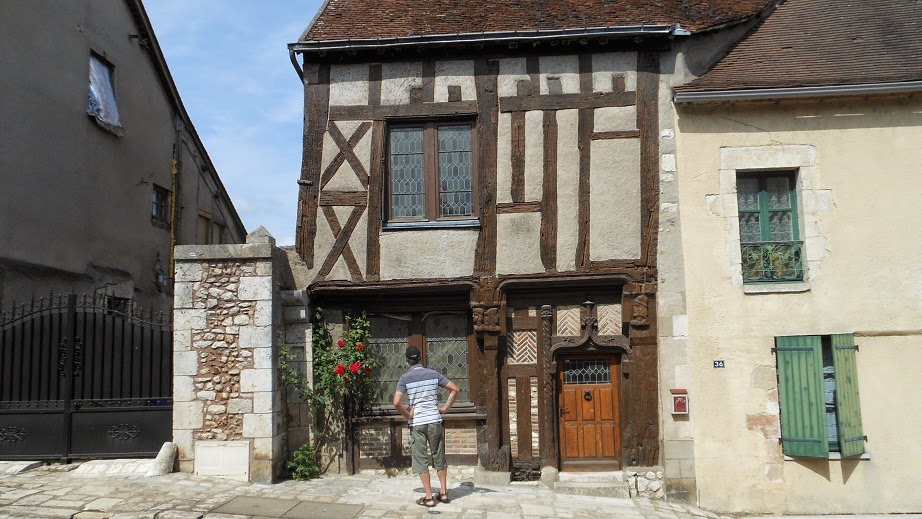 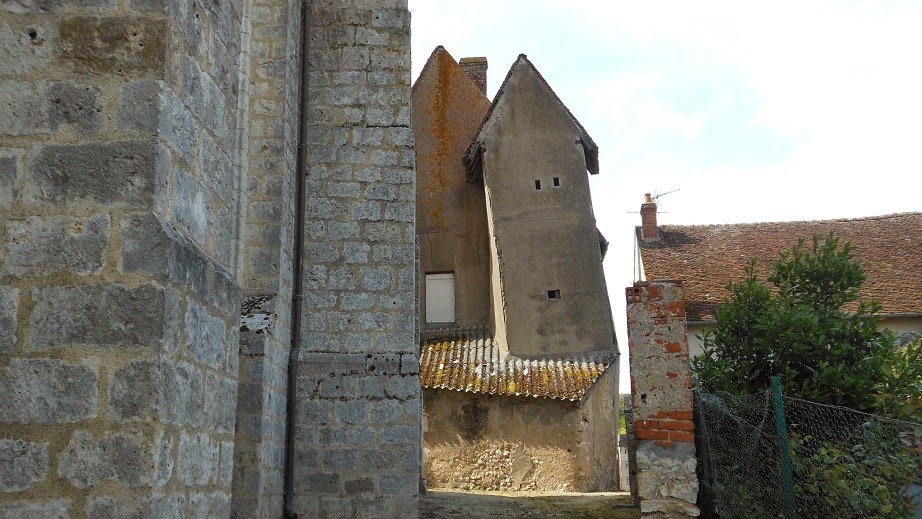 We stopped for five nights in Ouzouer-sur-Trezee, did a bit of maintenance on Matilda and wandered through the town. We were doubtful of the training of the local architect. These buildings were probably 300 years old and were built as required with what was available. If it was too short or small, then adapt! 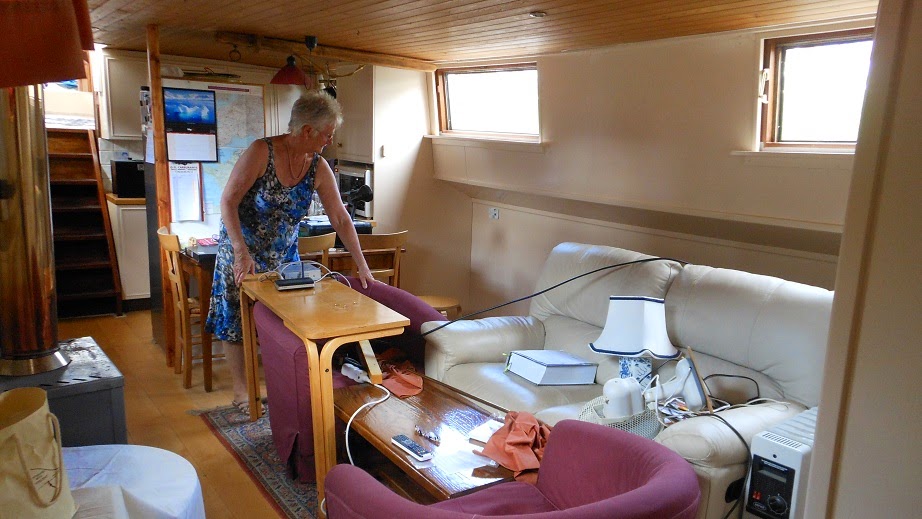 Matilda had a new coat of paint internally, a job she has been in need of for some time. There is always something that needs to be done on a boat!

We are now on the Briare canal, Plenty of history, plenty to see and do. There will be more to tell, so, we’ll keep in touch.
Posted by Peter, Margaret and Matilda at 7:43 AM No comments: