Winter was still with us on Matilda and the weather had been fairly cold but we were not too worried as we were going skiing. Once again we have booked a week in Labellemontagne’s resort at Hohneck near La Bresse in the Vosges.

We travel by train from Nancy to Remiremont, then bus to La Bresse and finally a taxi to the resort.

As the weather in Nancy was fine and sunny, albeit cold, we were relieved to find plenty of snow and ideal skiing conditions. Much better than last year. 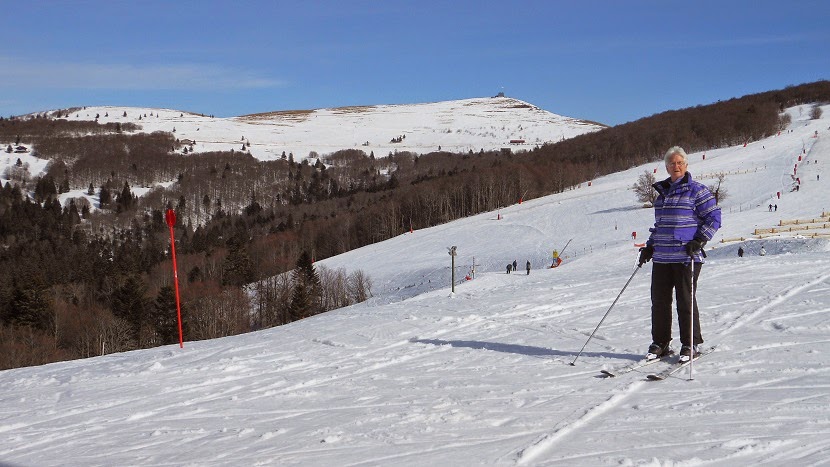 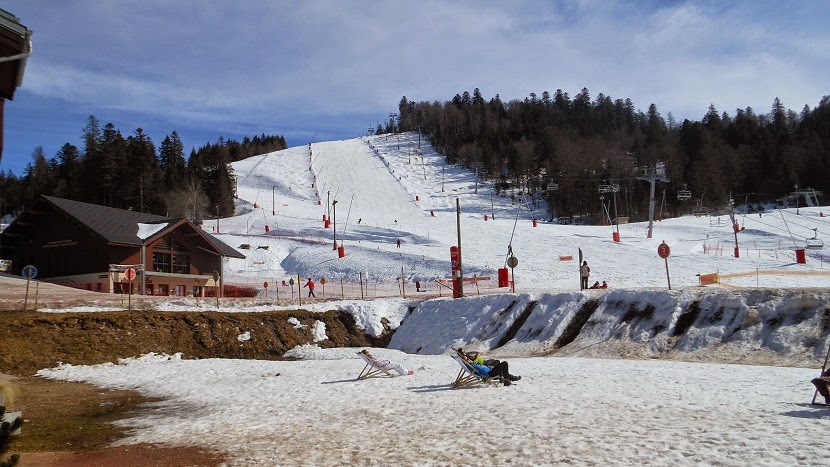 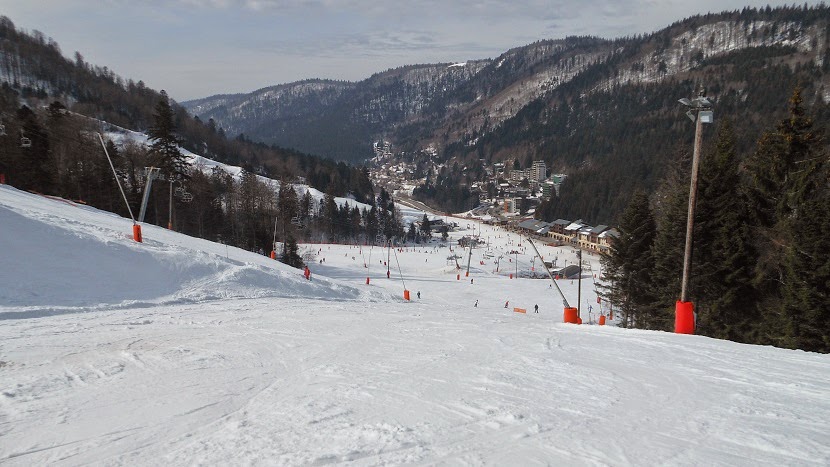 We were fortunate this year to have a ground floor unit facing the slopes. We could ski up to our verandah, take off our skis and step inside. 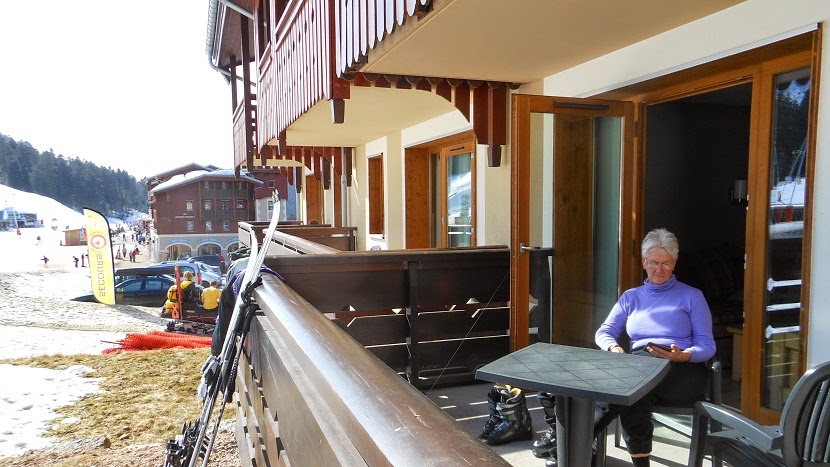 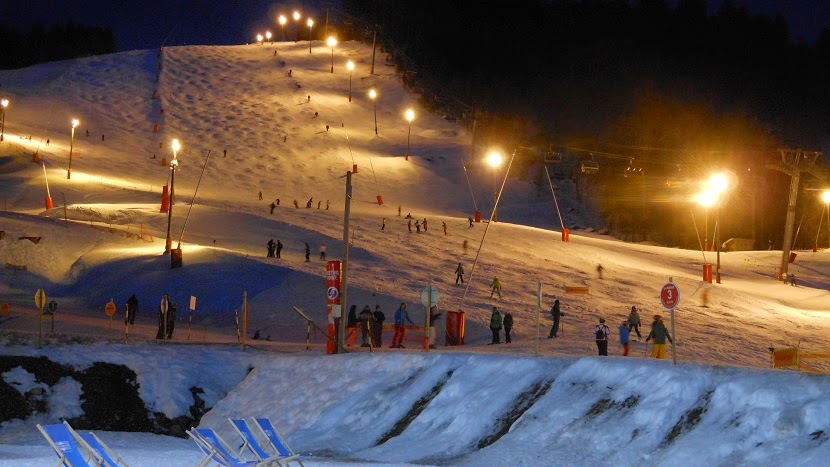 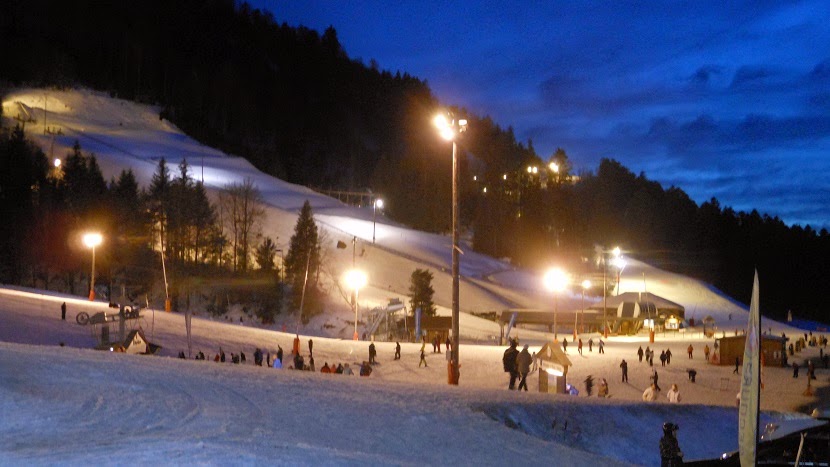 For those who don’t know, this is an electronic ski lift pass. You put it in a pocket in the left sleeve of your jacket and when you front the gates at the base of the lift, if it likes you, it will let your through.

This will make you all jealous, this one cost Peter 2 Euro ($2.75) as a refundable deposit and he skied for NOTHING. Of course being over 75 in age they thought he would not ski much. How wrong! Two weeks later and his legs and knees are still trying to recover.

To be fair, Margaret’s day pass only cost 21 euro. She is only a senior.

Back to Matilda and the preparation for the season continues: 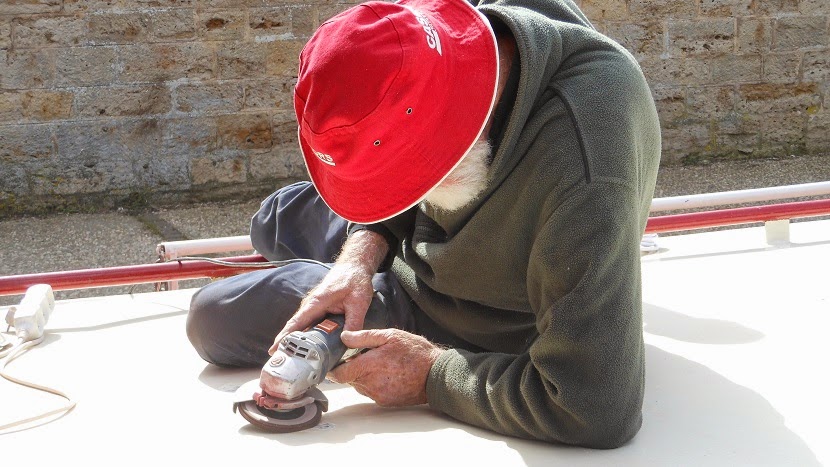 The problem with a 105 year old iron boat is rust. And you never beat it! We have a number of chores to complete before the season starts. We have started some and painting is the most time consuming. There is some timber to varnish, the cabin roof and walkways to paint and the carpet under the bikes and on the rear deck both need attention. Also we are fitting a new radio – to keep us up with current requirements.

We have some visitors arriving in about a month and our cruising season will start. There will be plenty to talk about so we will keep in touch.
Posted by Peter, Margaret and Matilda at 1:39 AM No comments:


Early February in north eastern France can be pretty grey! Nancy was cold, overcast with the odd shower of rain. Not cold enough to really snow but sometimes bitingly windy. We had things to do both on and off Matilda and life was at its winter’s worst.

We needed a break!!!

We decided to take a trip and see Bordeaux.

A map of France will show that Bordeaux is on the Garonne River close to where it joins the Bay of Biscay and the Atlantic Ocean. Its climate is tempered by this and we were looking for some relief from Nancy’s winter. 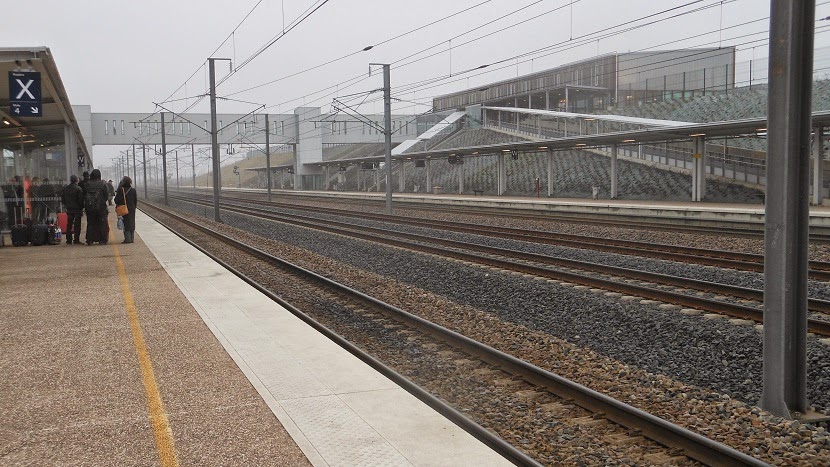 We tried a different train from Nancy, this one a high speed train that stops between Nancy and Metz on its way from Strasbourg direct to Bordeaux. This meant a bus from Nancy to Lorraine TGV-  the name of the stop. We boarded the train about 0900 and apart for an unexpected stop near Paris where we lost about an hour, we were in our hotel 1630 (4.30pm). Not bad for a distance of about 850kilometres. 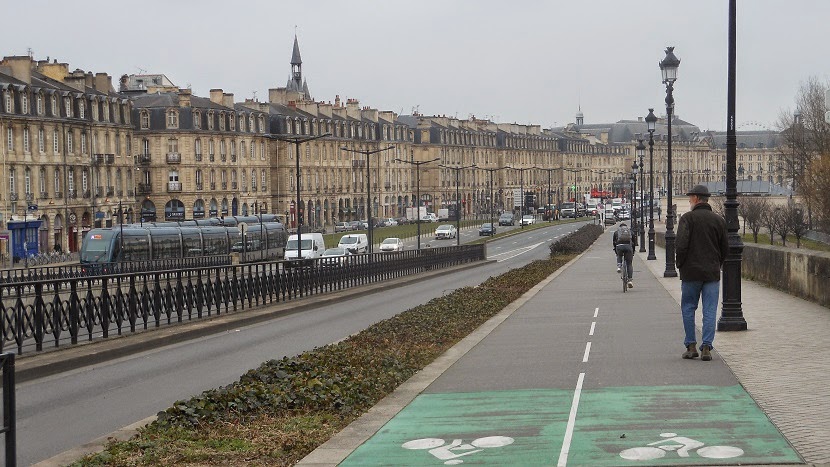 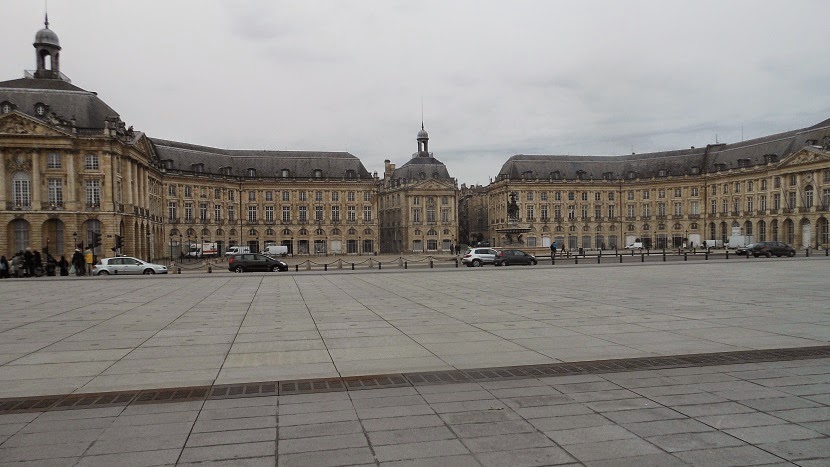 The weather was a bit of a letdown but we were very impressed with the city.

Bordeaux is the capital of the region of Aquitane. History shows that it has been a major settlement since the 3rd century BC. The valley of the Garonne became the shortest and quickest route from the Mediterranean to the Atlantic and the Romans had established a centre here in the 1st century on their way to England 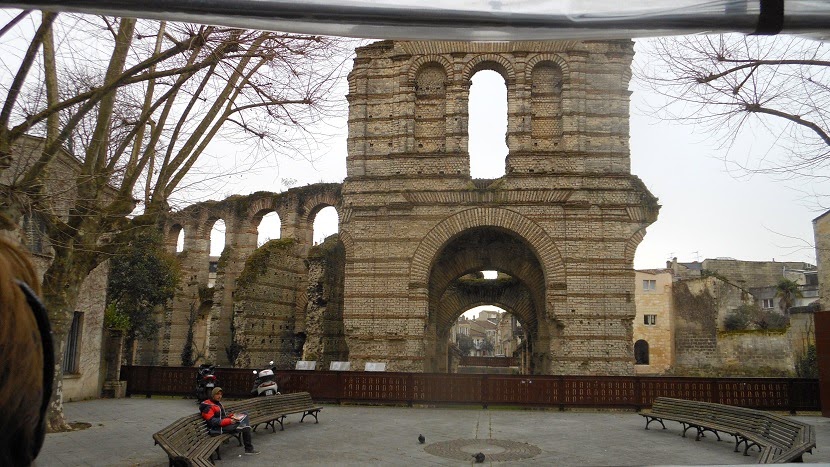 The Romans introduced grape vines to the area and the rest is history. Planting began in about 50AD and huge areas are now under vines. These areas produce many distinctive styles  - both white and red.

We decided to do the obvious and take a small English speaking tour and see some wineries and sample their wares. We joined a group of 6 other people – 5  Chinese and one Belgian and spent the day touring several districts. 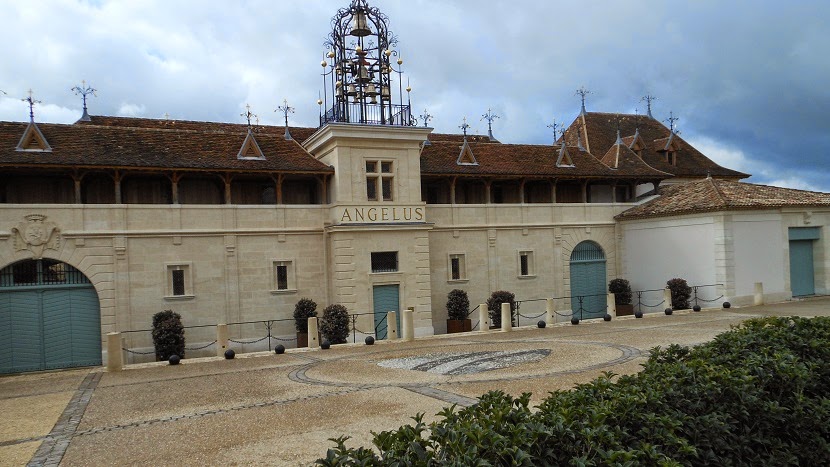 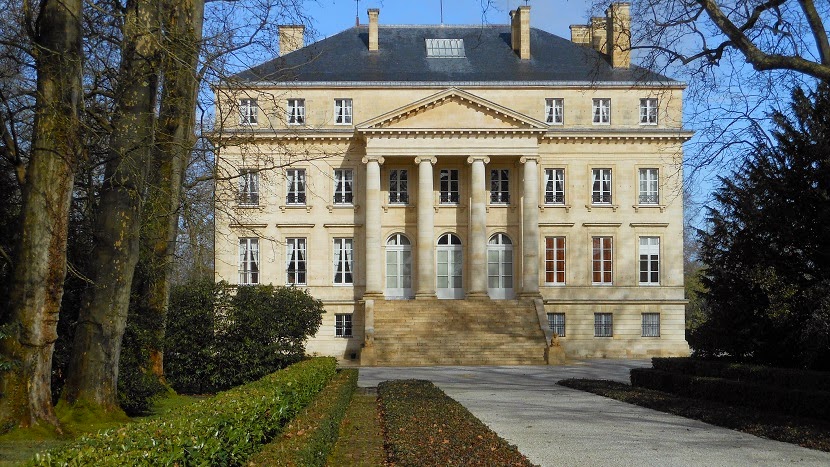 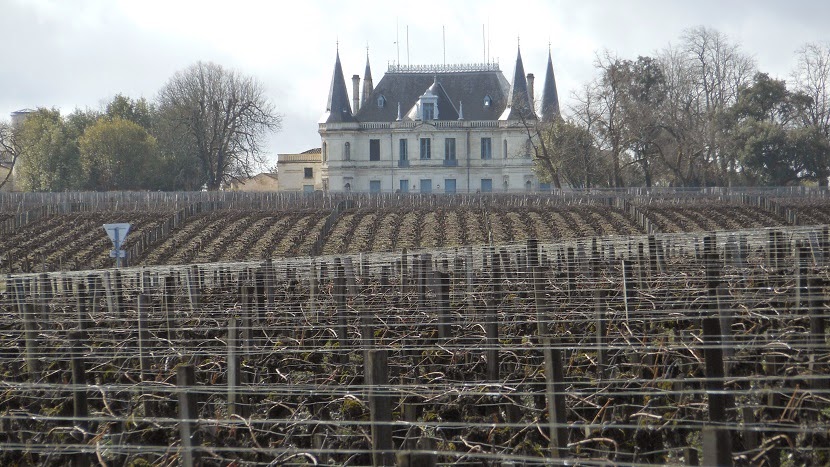 We covered both the Medoc and St Emilon. These chateaux were everywhere. 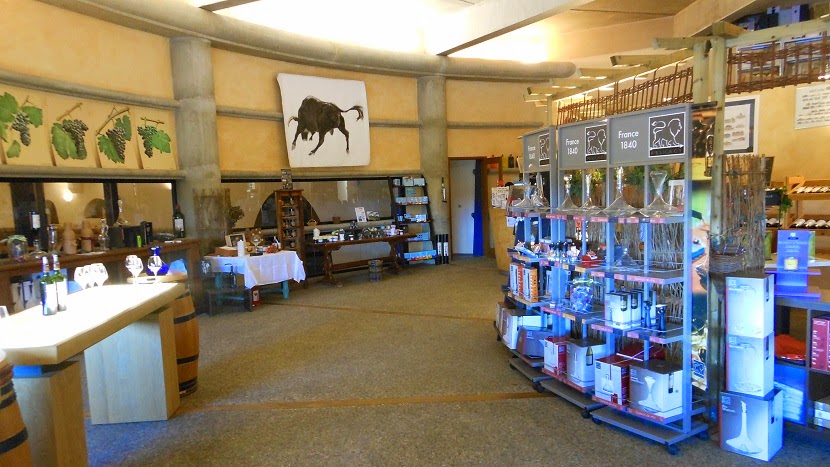 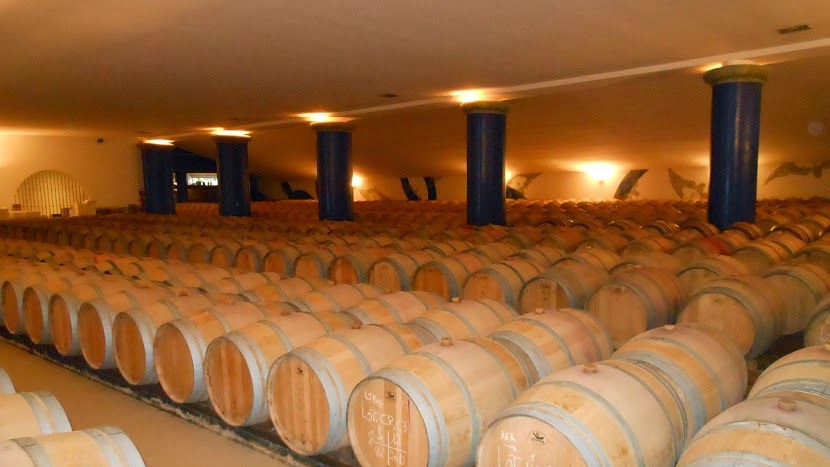 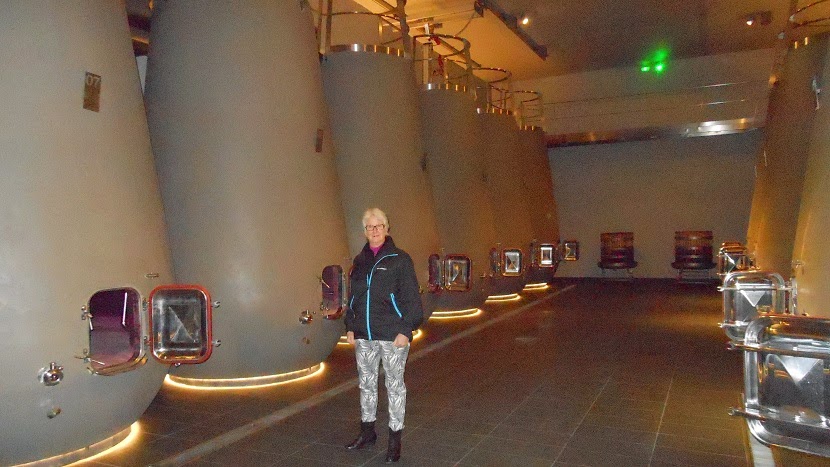 Their production and display facilities were all state of the art. We were told that these concrete fermentation vats were a modern adaptation to assist in the control of the wine’s temperature as it matured. Peter recalled a family trip many years ago to the old Morris vineyards in the Rutherglen district in Australia and seeing concrete vats that were in use well before the second world war. 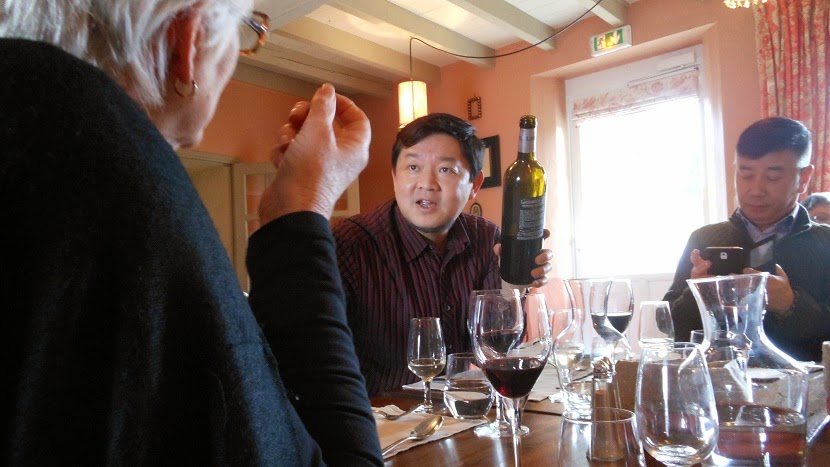 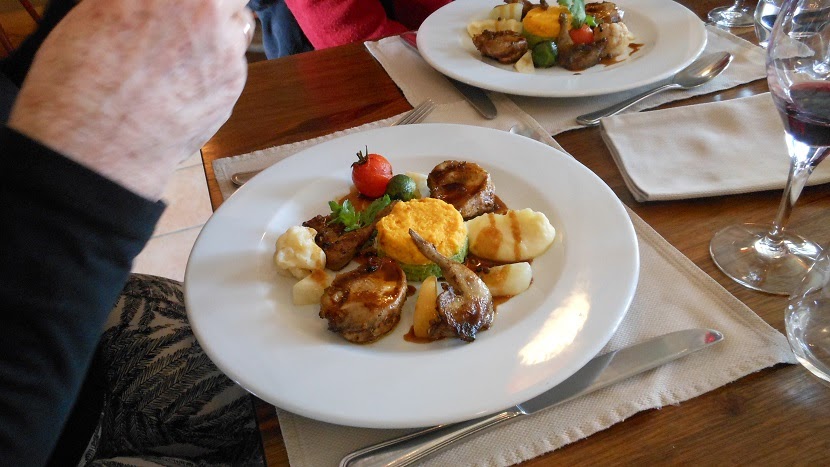 We stopped at a lovely out-of-the-way family run restaurant and had a high class three course lunch. Excellent food and very well presented. 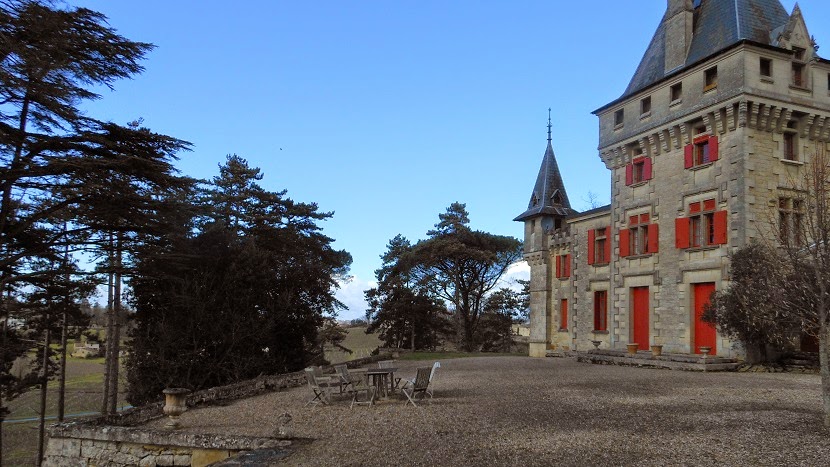 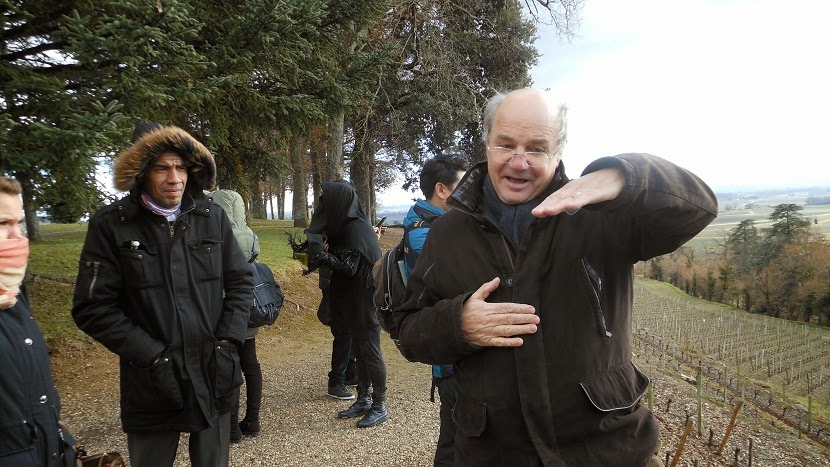 We continued on to another area and visited the medieval village of St Emilion and the Chateau de Pressac, nearby. This chateau was where, in 1453 the surrender of the English was signed. This ended the One Hundred Years War and their occupation of this area. We talked with the present owner who produces some excellent reds. It is unusual that an estate of this magnitude is privately owned. Most are owned by large corporations. We were impressed. 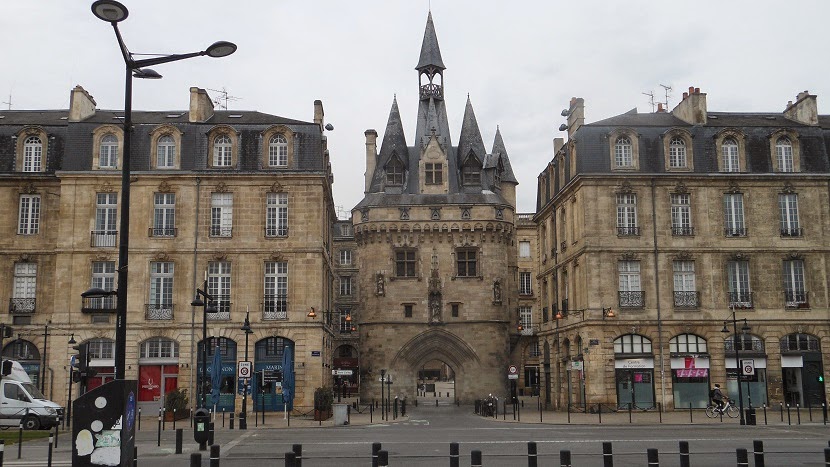 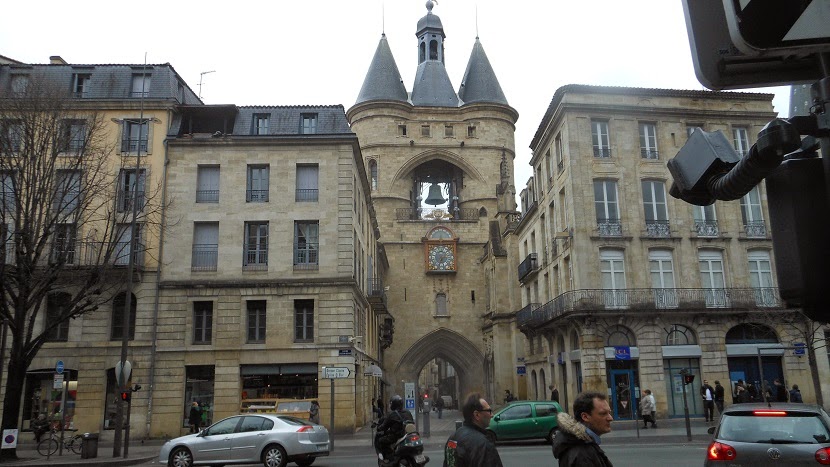 Bordeaux has a number of historic monuments, the Porte Cailhau (upper) and the Grosse Cloche (lower) are just two examples of the many gateways to the old town. 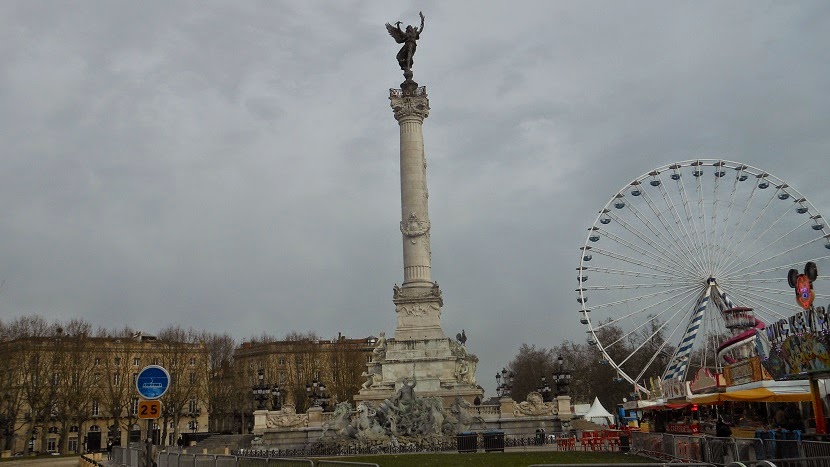 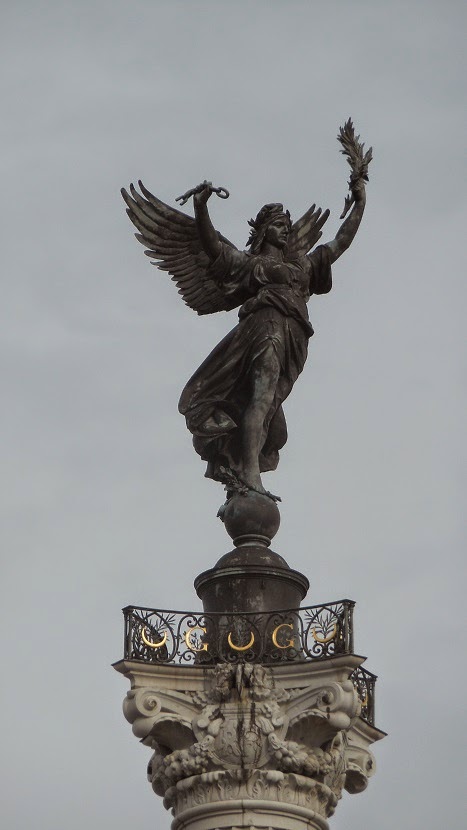 Of the many monuments and fountains around the city, we were taken by  Aux Girondins. This dramatic collection of bronze figures and animals, set in a fountain at the base of a pedestal with the Spirit of Liberty breaking out of the top was completed in 1909. The fountain was empty when we were there but it would have been a sight in the warmer months. 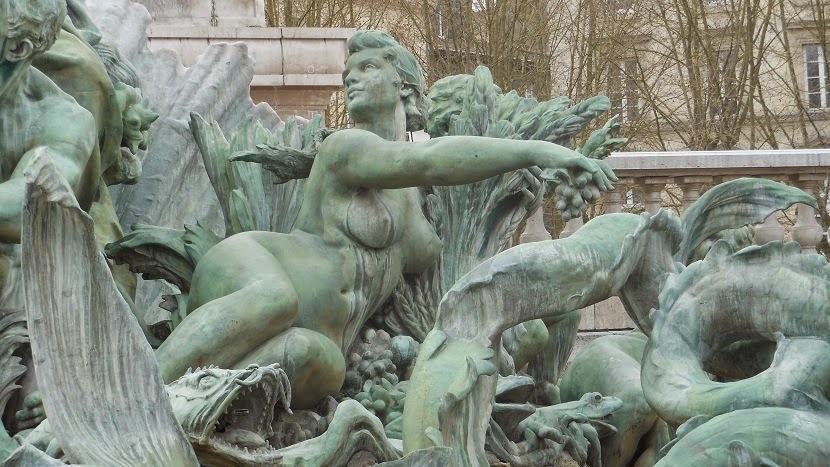 During the second world war, this fountain (and others in the town) were dismantled to be shipped to foundries by order of Hitler. Fortunately the transport was a little tardy and they all seemed to disappear. They were located after the war but this group was not reassembled until 1983 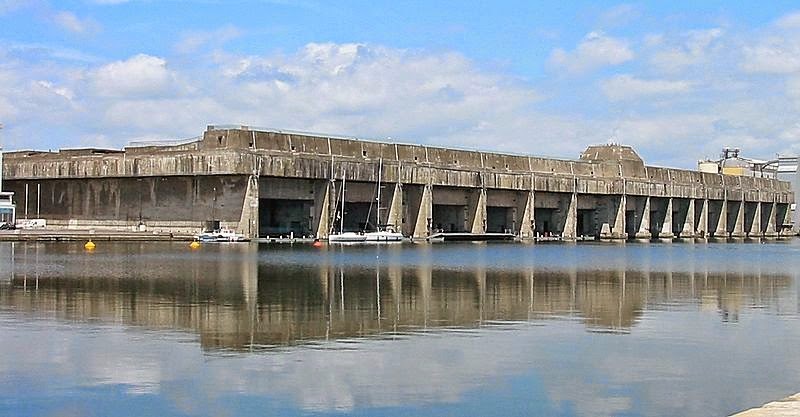 Another interesting landmark on the waterfront are these second world war U-boat pens. Originally built and used by the Italians and then the German navy, the base could hold up to 30 subs with full dry docking facilities. They are derelict today but remain as a reminder.

We thoroughly enjoyed our few days in Bordeaux and would recommend it as a place to visit. But now it was time to return to Matilda. We will have more to talk about soon, so we will keep in touch.
Posted by Peter, Margaret and Matilda at 6:44 AM No comments: